This photograph shows a door from another flat. You can clearly see that the space between the door and the frame is even all the way from left to right. However, on the small photograph you can see the newly installed door in my flat. The whole door is not straight and a contributing factor is that the door is not the right size for the that flat.

Also there are gaps on the right hand side of the door. Look at the photograph below. 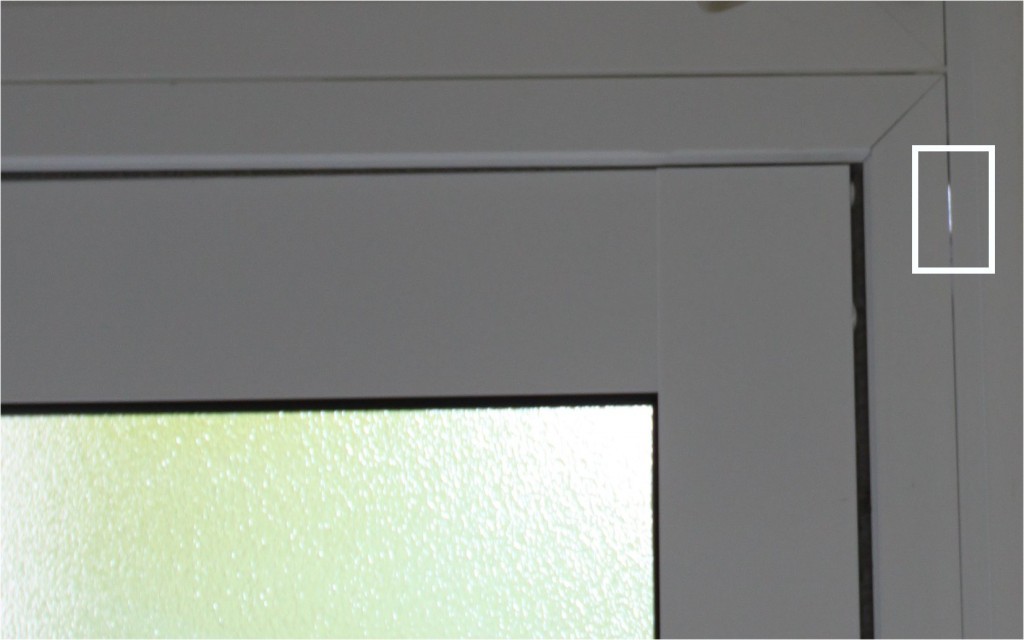 On top of all that the newly installed windows have problems when we try to close them.  However this seems to be easy to fix with some adjustment.

On the 13th November 2013, an engineer from Right Units Ltd company visited my property in order to inspect the windows and doors. In the end he did some repairs.

On the 30th November 2013, I discovered damages to the door handle as well as to the lower part of the door and the door frame. Those damages occurred while the subcontractors were preparing the concrete floor for the second installation of the new wooden parquet floor. 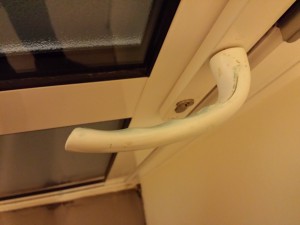 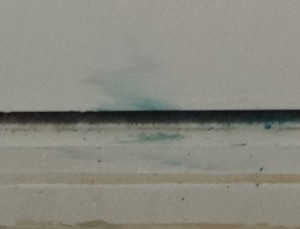 On the 21st January 2014, I discovered more damages to the main entrance door. See the images below. 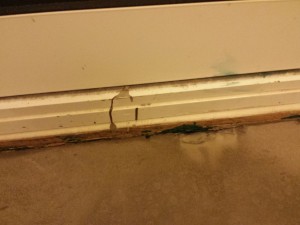 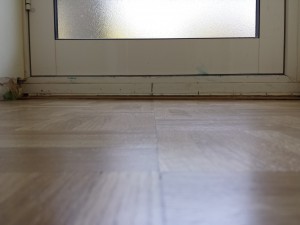 On the 20th February 2014, Right Units Ltd sent me that message: 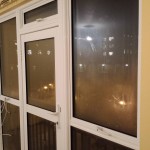 On our inspection it was found that a trim had been placed in front of the drainage holes on the cill this was then sealed which would make the drainage return into the property.  This has now been rectified, and you should not have any water egress in the future,

Many thanks, Gary W. , Installations manager

On the 15th August 2016, Camden Council has informed us recently that the front door that Zurich Insurance has installed in my flat on May 2013 is NOT fire-resisting and for that reason does not meet the building regulations that came into force on 2005! Read more

On the 22nd August 2016, Right Units Ltd has confirmed that the main entrance door is non compliant with the building regulations (2005-2006) and hence the door is not fire-resisting. Read more.

On the 17th January 2017, Crawford & Company which bought GAB Robins told us that they had offered the compliance fire door to me but I had refused it. Of course this is not true because the Schedule of works talks about “Remove and Renew white aluminium double glazed door and frame with additional side window” Nothing about a solid timber fire door. Read more.

On the 01st February 2017, Zurich insurance told us that according to the FENSA website the contractors, Right Units Ltd, have self-certified that the installed front door meets the building regulations. Read more