On the 02nd December 2013, I spoke with William H. who is the manager of Lisa S. (Senior Property Claims Handler of Zurich Insurance) who is dealing with my claim. Her manager has promised to ask all the involved  parties to communicate today and find a solution.

At 15:02 the loss adjuster called me and requested the contractors to continue with the works. He wanted the works to be continued by the same contractors that might have broken the law by possibly throwing chemicals down the sink. Exactly the same people who managed within 2 days to destroy the walls, ceilings, main entrance door, toilet sink, waste pipes, etc

I have strongly disagreed and I have asked him to find another contractor to finish the jobs.  The lost adjuster replied by saying that no other contractor was available until next year. He also mentioned that insurance cannot afford to pay for us to be in a hotel for so long.

Unfortunately for the insurance the delays and the extra costs are as a result of substandard works and dangerous and possibly illegal activities (hazardous chemicals disposal) from the subcontractors.

At 16:26 I spoke with Zurich Insurance directly and they promised to come back to me by 03rd December 2013.

At 17:04 I received a call from Capital Services Ltd that lasted for 26 minutes. The Projects Directors started the conversation by saying: “We understand that you are happy for us to come back to….”.  This did not down very well since I was clearly not happy at all. A common ground was not found and the conversation ended.

On the 03rd December 2013, I spoke with Ms Lisa S., (Senior Property Claims Handler of Zurich Insurance), from Zurich Insurance regarding the problems with the contractors. Our conversation lasted for 13 minutes and it was positive. She promised to send me her reply by the end of today but this had not materialised probably because some of the other parties have not replied.

One of the things that she mentioned was that because no work was carried out on Monday and Tuesday, the contractors might not be able to do the job anyway because they have other commitments and not enough time. I mentioned that the subcontractors wouldn’t be able to work anyway with all the condensation in the flat. They had to wait for the flat to dry and then issue a certificate about that.

On the 04th December 2013, I received an email from Ms Lisa S. saying that they are working on a solution and that she would contact me either today or tomorrow. No further contact has occurred on this day. 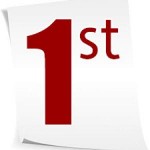 05th December 2013 The first anniversary since the fire. Last year we were at a hotel due to the fire while now we are in a hotel due the poor quality of the repair works.

At least last year we had a rented accommodation during the Christmas while now we will be in a hotel.

On the 05th December 2013, Mr Adrian M., the loss adjuster from GAB Robins Ltd, called me at 09:19am and we spoke about the expenses as well as the outstanding works. Another meeting has been arranged for Monday 9th December 2013 at 16:30. In that meeting will be the building manager, Mr Jonathan E. from Capital Services Ltd and Mr Adrian M.

GAB Robins Ltd also promised to find another contractors to do the job.

We talked about the problems and I heard a lot of excuses from Capital Services Ltd.  Then Paul C. has offered to install temporary carpet tiles, clean the flat, have us moved back in and do all the moving again in January 2014 when the new contractors are ready to install the floor.

This assumes that I have to move every furnishings from the bedrooms and the kitchen to the living room for a couple of weeks. Clean and tide up wasting my spare time. However that would be acceptable if the insurance could guarantee that the works will finish in January 2014.

In summary GAB Robins Ltd is proposing for us to move like a yoyo on a whim. Until now we had to change accommodation 5 times and you propose another 3 changes. Total of 8 moves within a period of 13 months.

On the 09th December 2013, Ms Lisa S. (Senior Property Claims Handler of Zurich Insurance) during two phone calls to me has provided

Whilst the insurance expects us to move to a flat that is like a warehouse and having Christmas with boxes and then wait for months for something to happen, it seems to us that Zurich Insurance does not put any effort to do the basics:

1) arrange for GAB Robins to call your contractors and ask for the next available date,
2) provide a realistic duration for the works
3) provide a list for all the repairs and schedule of works
4) pay the expenses since I am out of pocket for months now

For the last 13 months my life is on hold since I am not able to:

On the 11th December 2013, Ms Lisa S. (Senior Property Claims Handler of Zurich Insurance Plc) during two phone calls to me insisted that the contractors could installed the wooden floor on top of the wet adhesive and with all the condensation on the rooms. She also implied that it was my fault since I did not allowed the contractors to enter the property and take some action.

How can someone allow those contractors to enter the property again after all those damages and unprofessional works?

Read the next Chapter: “Answers OR Legal Action“