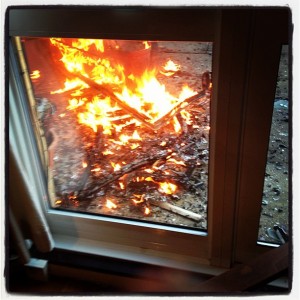 On the 05th December 2012 I received a call from a neighbour in Camden Town who told me about the fire in my flat during the early afternoon.

On the way to my home I saw this picture on the left that was taken from the flat below. The fire was very fierce and I was very happy that I was not inside the flat.

When I arrived outside the building I couldn’t entered my home until the fire brigade guys finished their job.

In the meantime the fire brigade investigator asked me to contact the Camden Council in order to ask them to turn the heating system off and stop the hot water coming out of the completely destroyed radiator. I had contacted the ‘Right First Time’ repairs team three times under a considerable stress and agony at 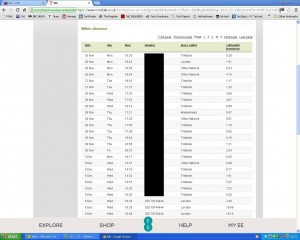 This is the itemised bill which clearly shows my attempts to contact the Right First Time team after the fire.

Unfortunately, the Camden Council still insists that there are no evidence of my calls and that their team did a superb job!

They never apologised or took action to minimise unfortunate incidents like that.

Later I followed the police suggestion to call my building insurance. Zurich Insurance Plc told me that because it was later I had to either find a hotel by myself for the first night with a cost of £100 or less per night for every room or stay with friends and they would arrange some temporary accommodation the next day.  In the end we stayed with a friend in Camden Town until next day.

On the 06th December 2012, the Zurich Insurance Plc company called me three times trying to organise the temporary accommodation via Countrywide Managing Agents as well as for appointing a Loss Adjuster (Gab Robbins) to visit the property.

Later Countrywide called me and asked me which hotel would be better for us. Unfortunately the local hotels were very expensive (£250/night or more) and since everything had to do with cost they booked us two rooms in the Premier Inn behind the London Eye. The hotel reservations were for a few days every time and they were extended if and when it was necessary.

On the same day, the Zurich Insurance had appointed a cleaning company to visit my property and organise the cleaning of the walls and fixed furnishings. 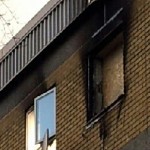 This is the photo I had taken on the day after the fire (06th December 2012). The window as well as the building’s roof were damaged.

Below you can see the damages inside the property after the fire. Most of the flat had extensive damages from the fire, smoke and water. 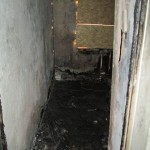 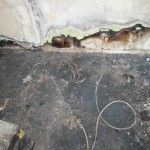 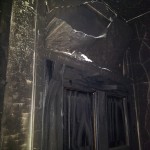 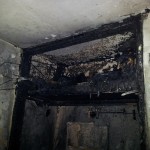 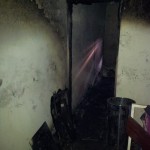 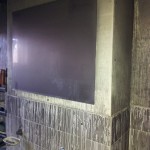 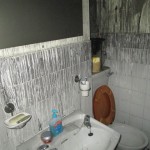 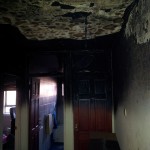 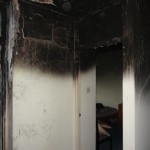 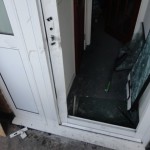 Read the next chapter “Initial Inspection“