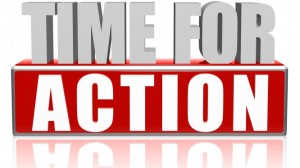 Today after waiting for so long without any proper update regarding the works I decided to take some action.

I started with the contractors, GAB Robins, Zurich Insurance, etc

At 08:03am I spoke with Mr Ricky from The Revival Company, who informed me that he had completed the report on the 27th January 2014. He gave the report to his office for further action.

At 08:05 I spoke with Mr Michael C. who did not have an update but he promised to find out and let me know.

At 08:07 I left a message to Mr P. M., BRICS Contractor Manager from GAB Robins Ltd requesting an update about the works.

At 08:09 I left a message with Ms Lisa S. (Senior Property Claims Handler of Zurich Insurance) requesting an update.

At 08:14 I left a message with Zurich Insurance Plc requesting an update.

At 08:16 I left a message with Mr William H. manager of Ms Lisa S. (Zurich Insurance Plc) requesting an update.

At 08:21 I spoke with Zurich Inusrance Customer Relations Team and the lady who answered the phone informed me that she does not know when they will answer my complaint (Internal Ref: 7C36005BF0D2). She will speak with Ms Sarah J., (Complaints Executive, Customer Relations (Property)) asking her to give me a call with an update.

At 08:30 I spoke with Jane from Gab Robins Ltd and she told me that they have received Mr Ricky’s report from the The Revival Company last Friday.

At 08:38 I spoke with Mr Michael C. who said that his office told him that there was still some moisture in my property. I informed him that this update was wrong because I spoke with Mr Ricky a few minutes ago and his report does not mention any present moisture.

At 11:34 I received a call from Ms Sarah J., Complaints Executive, Customer Relations (Property). I will have a further reply from her either tomorrow or next week.