On the first day after the works finished we have noticed the following problems: 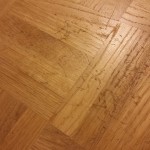 The floor area outside the main bedroom is scratched and damaged from the contractors tools. This might have been created during the door frame repairs. 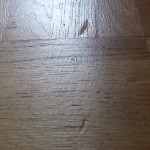 Marks on the upstairs floor from the contractors tools during the works on November 2013. 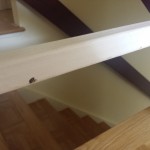 The painting of the metal bar on the top of the stairs has been damaged and has to be fixed.

Again this mark is on the same area as the marks on the wooden floor that has been mentioned above. 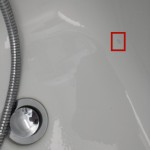 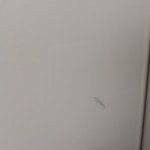 The main entrance door has a blue scratch on the outside part of the frame. 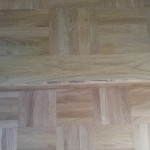 Marks on the first step of the internal stairs. 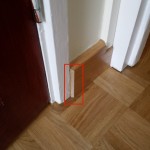 Edge is not varnished/ does not have the same finish as the rest of the skirting. 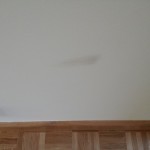 Wall marks on both hallway and corridors. 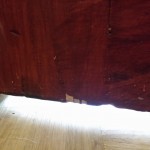 Damages to the internal doors downstairs. 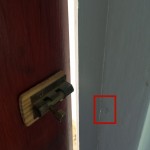 When the contractors redecorated the downstairs floor and paint the door frames they also filled the hole that was used for locking the toilet door. 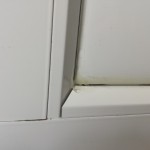 Main entrance door front panel is filled with silicon instead of the black rubber as per the rest of the door.

This entry was posted in News, Problems, Zurich Insurance Plc. Bookmark the permalink.